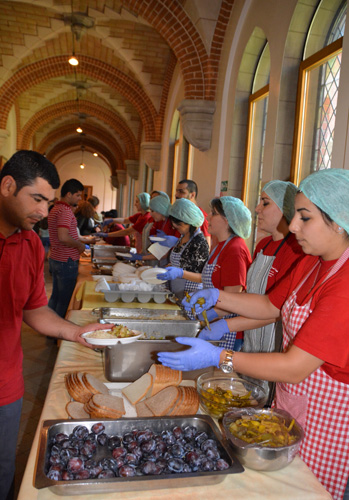 Expansion abroad
Marten and his team started their work in the Netherlands, but from abroad they received more and more questions to begin a similar kind of work there as well. They started this service a few years ago in Germany. Because it has been activated some time later than in the Netherlands, it is still a bit smaller. Nevertheless the work in Germany is growing. In several places, like Bremen and Monchengladbach little churches has been started. The Discipleship training has stopped after a few years, because of financial reasons. But we hope to start it again in the near future. In Lingen there is every year in May a conference, similar to the Dutch Summer conference.

In Belgium as well as in Luxembourg, a small team is active to work with the same vision and strategy. To support this work, Marten travels regularly abroad, to work at the background, but also to preach the Gospel.